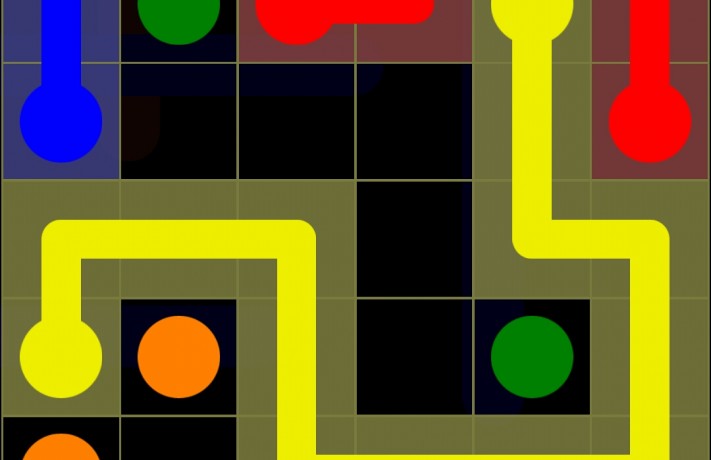 This game was recommended to me by a friend and is a puzzle/strategy game. These type of games make me think and visualize the resulting actions that i am to take if i make a particular move. Free Flow is such a game which is available for many platforms, but i will be reviewing the Android version of the game.

Free Flow is a simple game with a simple aim. Connect the pipes, but at the same time all of the squares on the grid must be covered within a fixed number of moves. In other words even if the player manages to connect all of the pipes, he will be penalized in one form or the other as per determined by the game.

Free Flow consists of a number of different packs which then contain boards of different sizes. The smaller boards come early in the game and are easy to complete, but as the game progresses the boards increase in size and become much more difficult to complete. 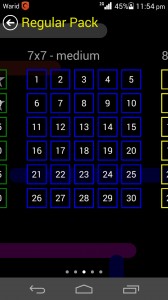 The following are the board sizes which the player can play:

The player can also purchase more levels if he wants to.

It is recommended to players that they take breaks between the levels and boards as the player will end up spending too much time playing the game. This developers of the game does not force the user to wait for a period of time after playing for a while as we have seen in many mobile games.

The graphical art is quite simple, nothing too flashy. It is as if no custom art has been used at all, and simple shapes are all that have been used. Despite the lack of flashy graphics the game play is what attracts the user to this game, reiterating the fact that graphical art is not what makes a game. Graphical art is part of the whole package. It depends on what type a game is, and in this case sophisticated and complicated art was not required. In fact such art in these types of games, just gets in the way of the user. 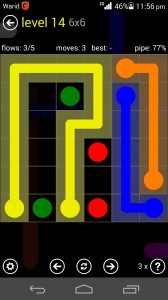 Apart from free play which is just based on the number of moves that a player has to take, there is also a time trial.

In this mode the player can select the size of the board and the time limit within which he has to solve the most number of boards that he can solve. This particular mode makes the player think fast as he has limited time.

Do note that the small boards tend to become a bit boring as it is quite easy to solve them. It is the bigger boards which pose a much tougher challenge.

To conclude if you are looking to play a puzzle/strategy game then i recommend this game, but do note as mentioned above the earlier levels can become boring, but if you keep playing then you will get tougher levels.