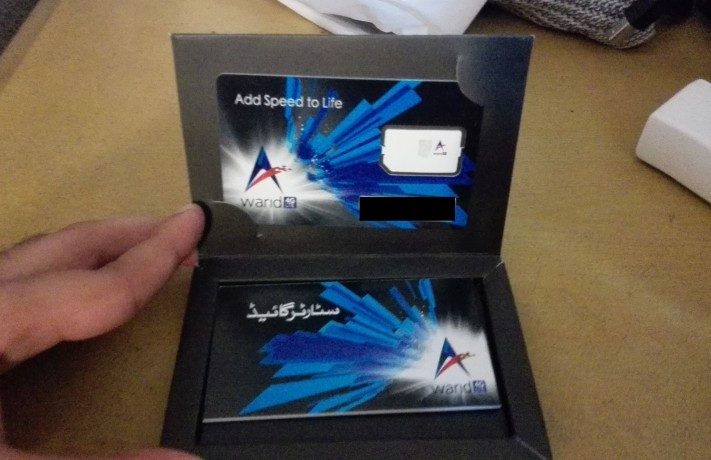 A few months ago i received a call from Warid Telecom that i would be receiving their new 4G LTE SIM for my phone, and then a few weeks ago i received an sms as well saying the same, and finally today i received my SIM.

Warid has spent some money on their packaging as i received a pretty box with a small booklet explaining the features of the new network and SIM. Another good thing was that Warid has sent the SIM in multiple sizes, so that people with a micro SIM supported phone can also use the Sim, and those whose devices support nano Sims or the standard size also be able to use the SIM.

I was also pleasantly surprised that after activating my new SIM, i received a call from the Warid help line guiding me how to activate my 4G LTE, and they also sent me SMS messaged detailing the process.

However, unfortunately 4G LTE coverage is not yet that wide spread as my home does not come under the coverage area. I was also informed, that if in areas of no 4G LTE coverage my 2G connection will work and i will be charged 2G charges.

Furthermore for the time being trial is being run and the 4G LTE connection is free.

Once you receive your 4G LTE SIM from Warid Telecom send an SMS to 5555 with the message 4G to find out if your current location is in the coverage area.

To enable 4G in your phone go to your settings, then select the Mobile Network option, and select the option GSM/WCDMA/LTE. On some phones such as on mine i had the option of 4G & 3G & 2G which i had to select.

In APN enter the word warid, and in the name field enter warid as well.

Hopefully if you have 4G LTE coverage in your area your connection will. Let us see if my area gets coverage, then i will be able to take it for a spin.